skip to main | skip to sidebar

A Vacation from D 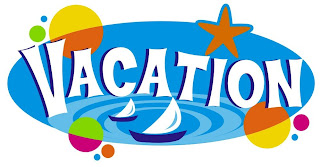 Logan is going to take a vacation from D. I'm taking back control over all things diabetic. I will be checking Logan's bg and recording his numbers for at least the rest of this week. He'll continue to use his pump but I will be responsible for it instead of him.

We had another meltdown tonight when I realized that Logan is lying to us about his numbers. He's not checking his blood as often as he should and when he eats, he's not taking the correct amount of insulin. With a pump, this is actually probably harder than just taking care of himself but it's the way it is. I think the poor kid is just overwhelmed. He's being very hard on himself for all the lies and the damage he's doing to his little body.

I've made arrangements to have my next door neighbor (my mom ;) ) check Logan's blood at lunchtime since I'm working but I'll take over when he's at home. No more of him worrying about numbers and no more lies! I'm taking over.

This is not a punishment...this is my last ditch effort to care for Logan the way he needs before I take the pump away and go back to injections. He doesn't want to go back and neither do I but I want him to be as healthy as possible and if we can't get the pump to work in our favor, we'll go back to the way it was when his A1c was 6.1 even though that means 4-6 injections a day not to mention the many finger pricks.

I can't imagine how hard it is for these kids. As a parent, it's hard to watch your child have to deal with D daily but as a child - especially one that remembers a time before dx when there were no injections, no insulin and they didn't know or even care what a pancreas is...a time of innocence and health without all the effort. I'm going to try to give a bit of this "before D" time back to Logan.
Posted by Hannah at 9:44 PM